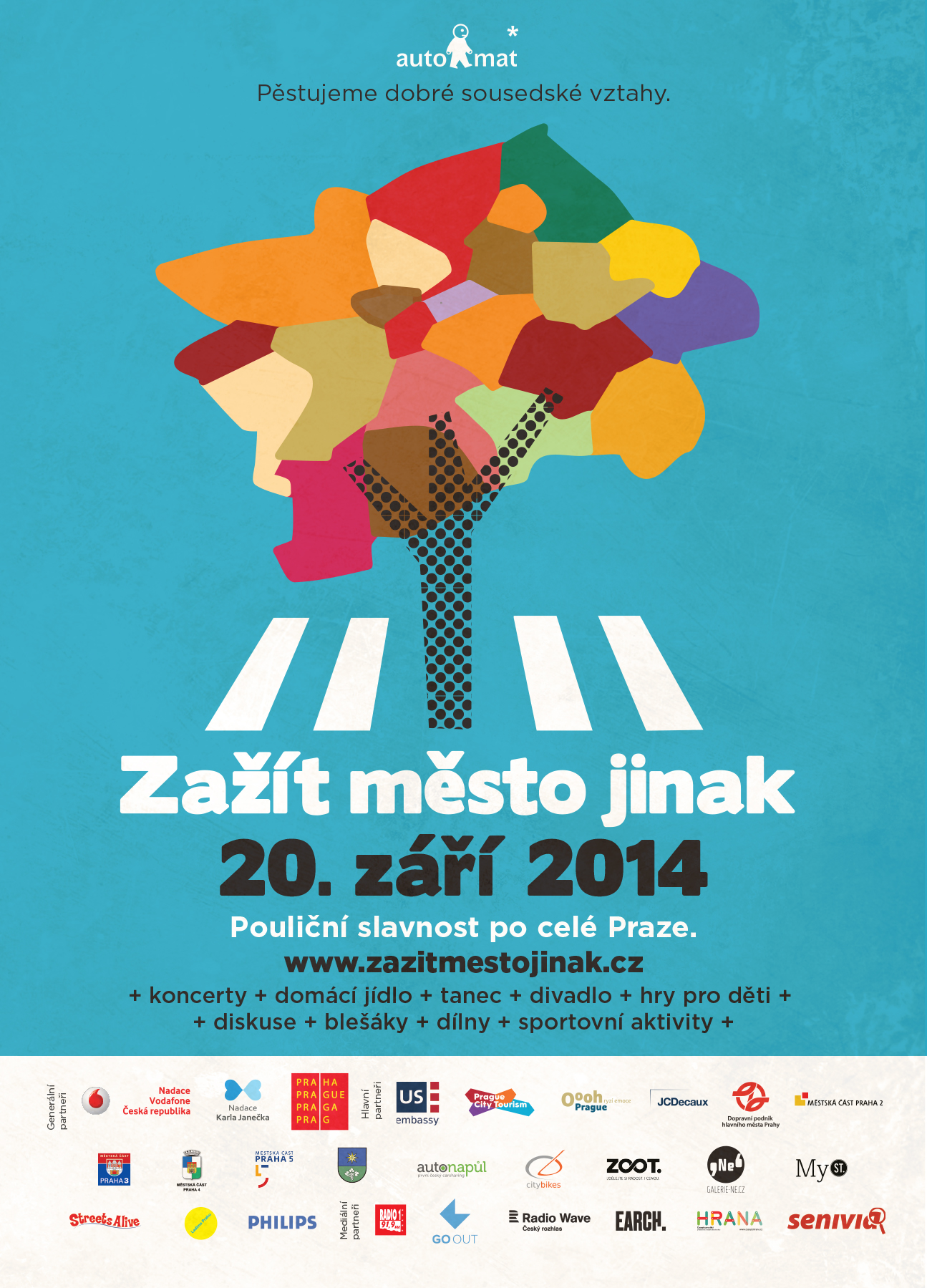 Quyen Doan, a student in Prague College's School of Art & Design, is celebrating as her posters appear all over the city for this weekend's 'Different City Experience' street-fest.

Lecturer Ondrej Fucik, who prepared a group of students for this live project, tells us more about it: "The students were asked to design a visual identity for a series of neighbourly street celebrations called 'Different City Experience' (Zažít město jinak), run annually by Czech civic association Auto*mat.

"The festival reinforces the importance of the quality of public space and its use by local communities. The aim was to create a visual style easy recognizable in all kinds of media (including print and digital) during a campaign lasting several months.

"After a number of meetings with the client, two solutions (by Andrea Davalos and Quyen Doan) were selected. In the end, Quyen's design was chosen and implemented for the DCE 2014 campaign. Many congratulations to all those who took part"