Underground City XXI (UCXXI) is a European interdisciplinary project, aiming to establish a specific cultural and art community, created as an online collaborative interdisciplinary network. UCXXI will develop a virtual 3D multi-user environment, shared and distributed on the internet, based on the real dimensions and situation of a former coal mine in Labin, Croatia.

Drawing on the historical cultural heritage of Croatia, ex-Yugoslavia, Italy, Austria, Germany and France, the project will link visual arts, architecture, new technologies and interdisciplinary research, promoting cross-border and cross-sector cooperation, stimulating trans-national mobility of cultural operators and academics, through the creation of mixed-media art works and performances interconnecting virtual and real environments, and ending with their international dissemination.

The idea is to transform the architectural and industrial heritage of an ex-coal mine - one of the greatest technological achievements in mining at the beginning of the 20th Century - into an avant-garde cultural and art project.

UCXXI will create a virtual Underground City XXI, a ‘living’ work of art permanently in progress, with a strong cultural, technological and social impact, stimulating artistic and architectural experimentation. Promoting the idea of “art as collaborative work” as one of the highlights of contemporary art production, the project will foster cultural and art networking in Europe.

As a communication and research network, the project will  interconnect artists and cultural operators with philosophers, economists, architects, archaeologists, sociologists, IT and other scientists, through a series of specific workshops/laboratories, in order to stimulate artistic experimentation in the field of virtual communities, and encourage exploration and simulation of architectural, urban, social and other issues of living under the ground.

UCXXI activities will finally result with an optimal virtual model for the full preservation of the ex-coal mine, by future construction of the first real underground town in the world. In the last phase, the project will become a social network, enabling people from all over Europe to become citizens or just visitors of virtual Underground City XXI and participate in its everyday life and development. 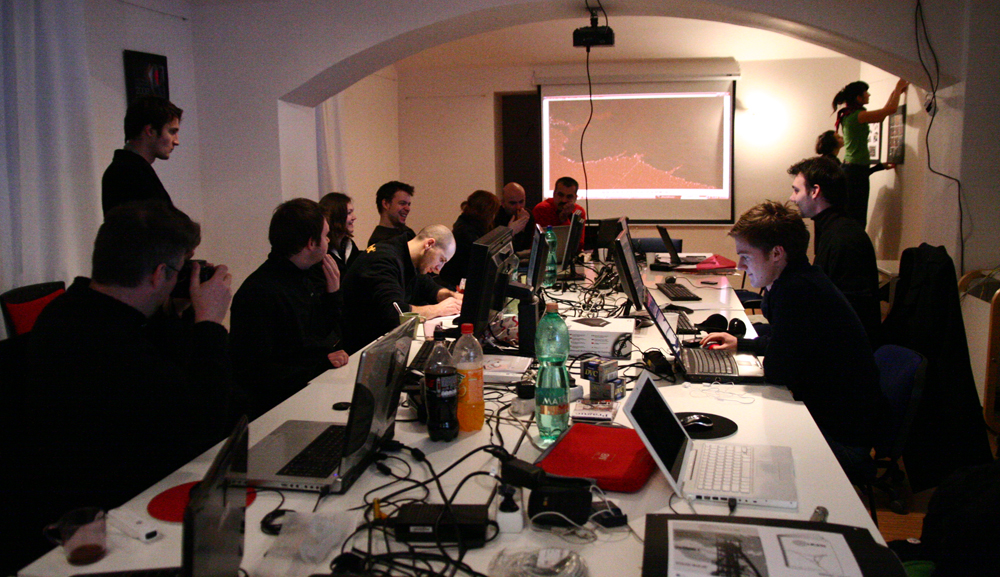