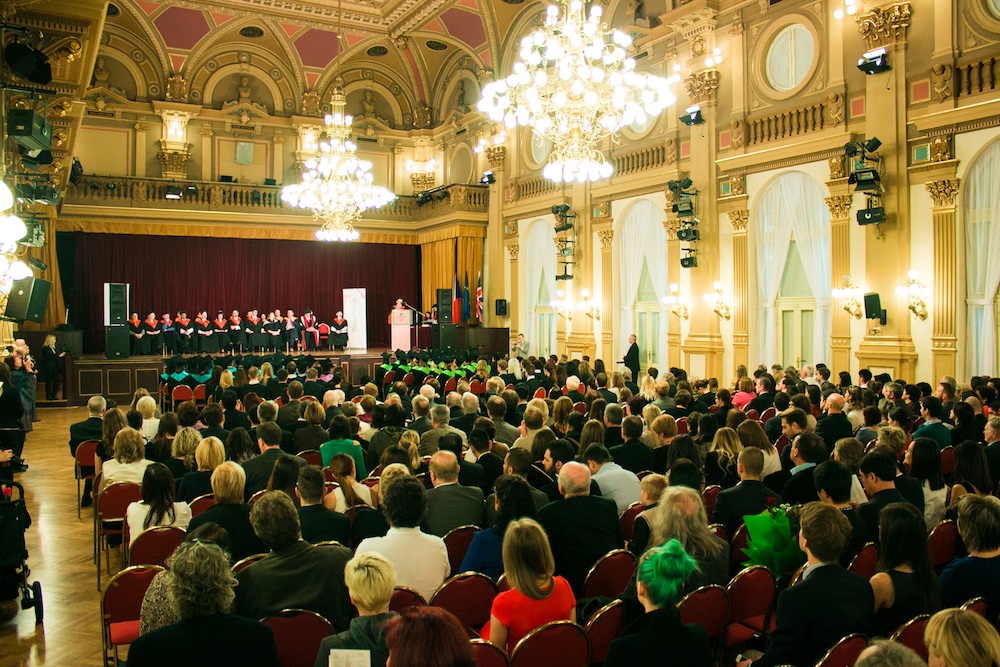 Saturday 8 November 2014 will live long in the memories of all those students, families and friends who were present at Prague College's 2014 Graduation Ceremony. In accordance with recent tradition, the event was held in the elegant surroundings of Vinohrady's Narodni Dum. But what made this event particularly special was that for our tenth anniversary year, we were privileged to receive as our guest the Vice-Chancellor of Teesside University, the body which accredits and awards all our degrees at Bachelor's and Master's level.

Professor Graham Henderson was accompanied by Professor Gerda Roper, Dean of the School of Arts and Media, and Mark White, Head of the University's Vice-Chancellor's Office. Before awarding the diplomas, Professor Henderson spoke enthusiastically about the historic connection between Prague College and Teesside. He went on to welcome the new graduates to a unique club, since they were now alumni not only of Prague College but simultaneously of Teesside. Encouraging them to see their achievements in the context of the support they have received from their families, he spoke of the importance of learning and of persevering in a world of opportunities.

Other addresses were given by Douglas Hajek, director of Prague College; Sean McAlorum, programme leader in the School of Art & Design; and students Petr Koncal, a graduate of the BA (Hons) Fine Art Experimental Media programme, and Nikoleta Apostolu, who graduated with her MSc in International Management. 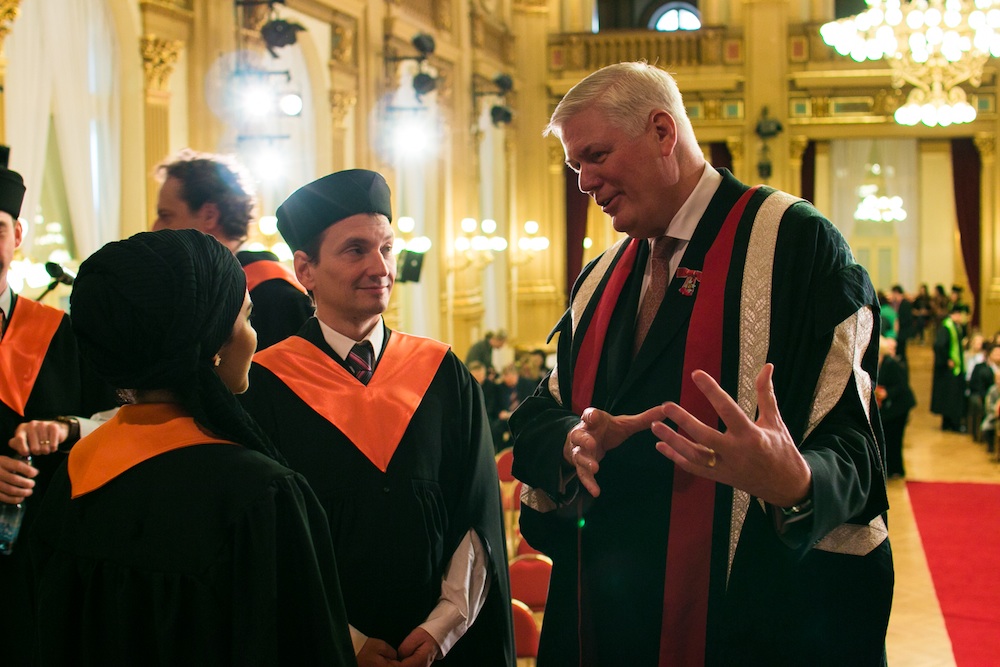