A part of the body of a plant that develops, typically, from the radicle and grows down into the soil. anchoring the plant and absorbing nutriment and moisture.

A similar organ developed from some other part of a plant, as one of those by which ivy clings to / longs for its support.

Meet the artists - brief words from our students

The artwork by Anna Kolisnyk explores the relationship between the outer world and personal safe space through self-reflective research which is thus exposed within the context of the old Military swimming pool that is Kasarna.

The notion of safe space has always been embraced substantially in social discourse, as it plays an immensely significant role in the full realization of an individual. All individuals seek to be comfortable within their surroundings, whether it is physical or emotional safety which they are searching for. The lack of control over the environment may lead to social isolation which negatively affects all aspects of a one's existence. This infers that the safe space cannot be something absolutely detached from reality.

The artwork manifests that the concept of the safe space should be better understood as a semi-transparent membrane, enveloping rather than separative. It protects and at the same time enables the interaction with the outer world in order to achieve an optimal symbiosis.

The artwork uses cross-media artforms that unify into an immersive experience of a real-time light drawing within three-dimensional physical space. Anna's artistic approach adopts Picasso’s light painting technique so to create a physical sculpture through the manipulation of light.

The wireframe membrane is formed by the negative space of the sculpture which by itself is deprived of density. This enables the audience to observe and explore an actual space through the layer of a protecting body. 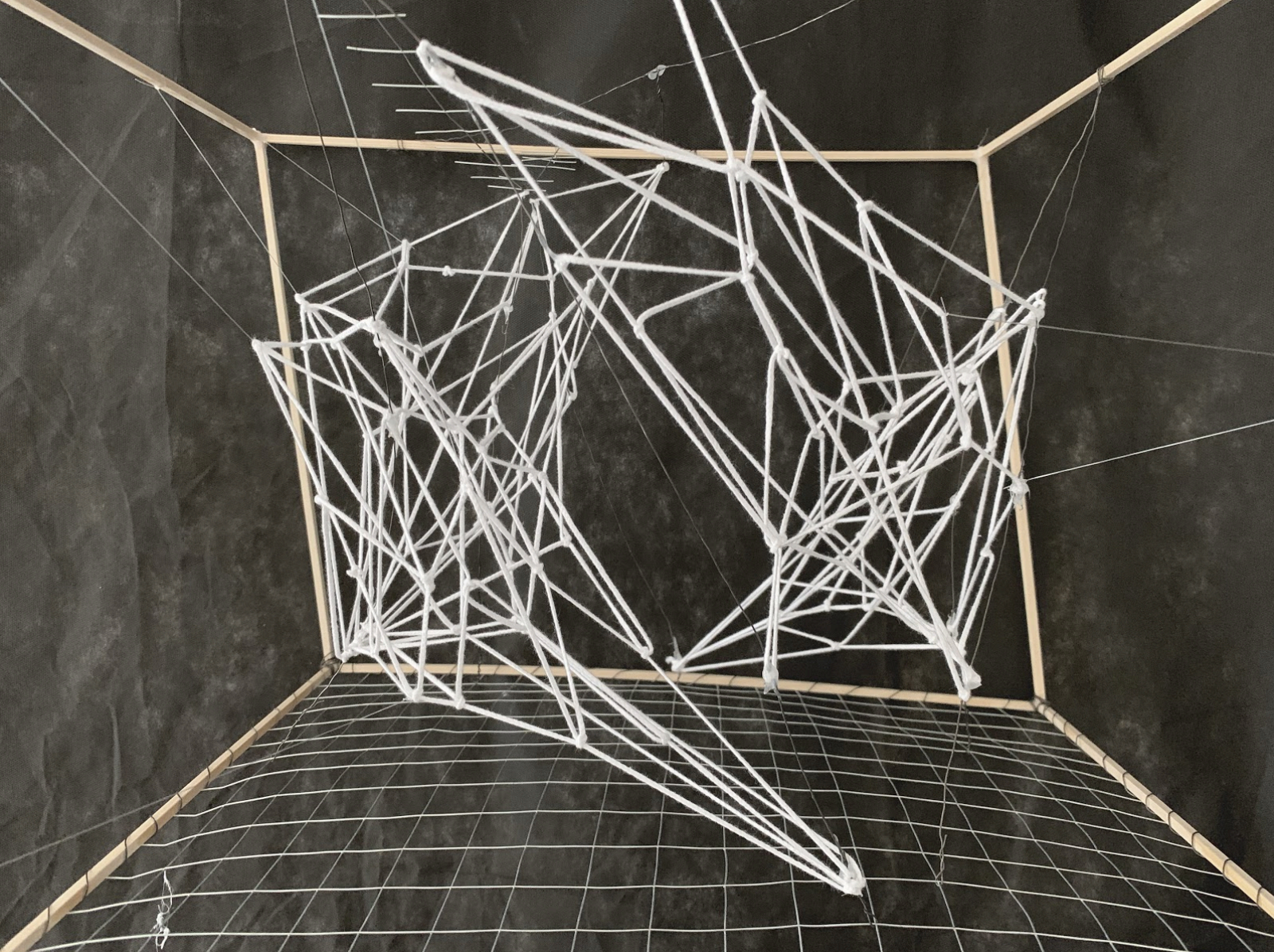 The artwork “Defenseless Structure” is a mixed media installation. This work is an interpretation of the modern world, inspired by Sigmund Freud’s idea of “Ego, Id, and Super-ego". The Id is represented by demons. The Ego is representative of general reality principles, and it has to decide whether to follow the demons or to stay with the Super-ego - which is in turn concerned with social acceptance. The conflict between the Id and Super-ego creates distraction and makes the subject unaware of global changes. Cultural heritage is erased through the appropriation of symbols and knowledge, and is slowly transforming into an unknown homogeneous form.

“Defenseless Structure” is a mechanism where even though we are collectively experiencing global changes, everything is still based on dealing with our Id and Super-ego and we can’t escape it. Global changes are happening despite us, the only two options are to pay attention by being less attached to Ego games, or ignore them. 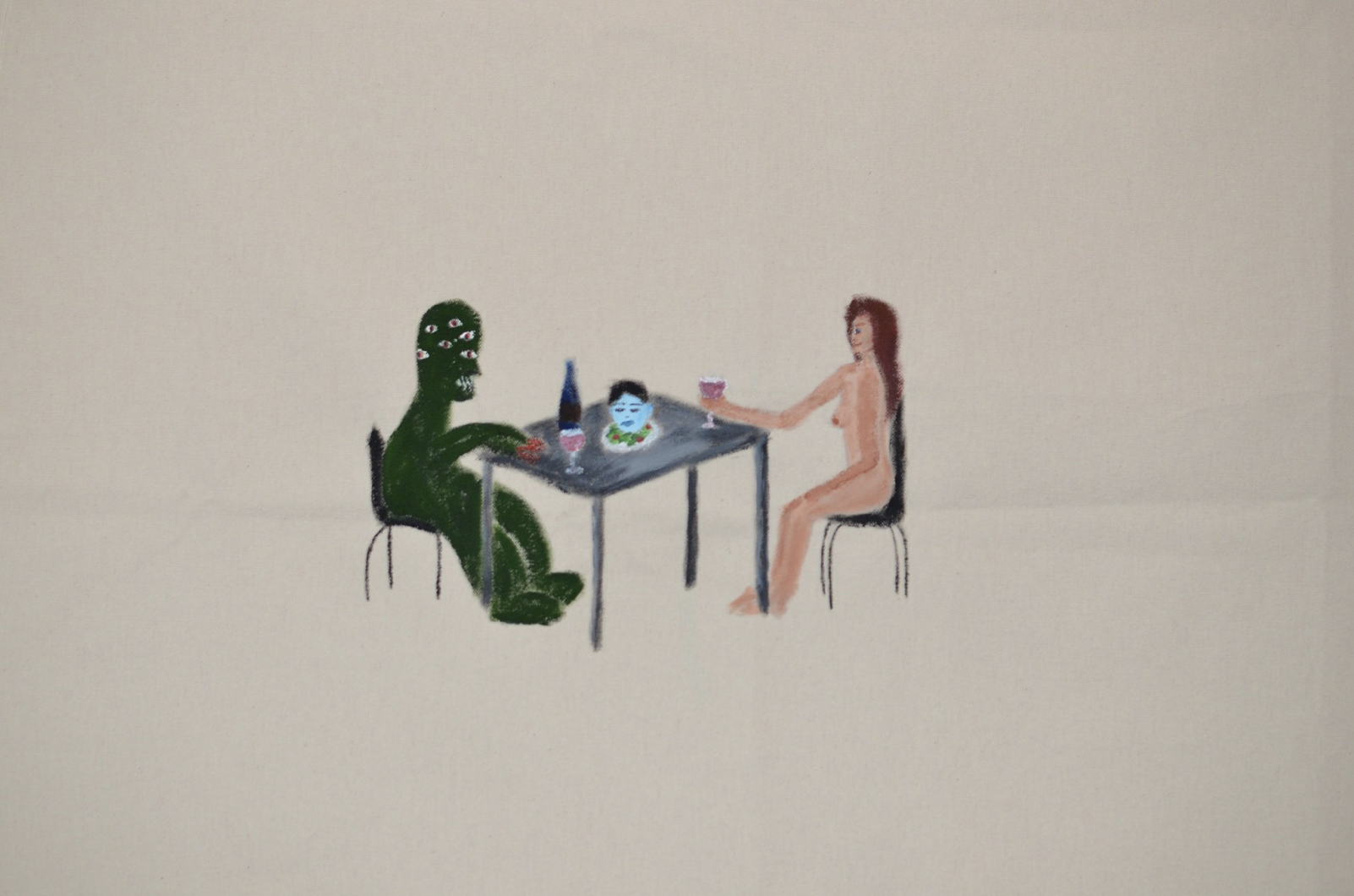 The work started out as an emotional response to visiting Maasai Mara and confronting the stunning wild animals of Africa in their natural habitat.

The first instinctive reaction to this powerful experience was to capture it on video, to preserve it and later share with others. As the experience was settling in, there came a desire to mimic it through the medium closest to me - painting - to acknowledge the purity, beauty, nostalgia and sadness that the animals are irreversibly going extinct. As the emotions grew to become reflections, there came a realization that paintings and video are yet other ways of distorting our perception of the wildlife, which is one of the reasons
the planet is losing it.

As ideas developed, the paintings got mechanically distorted, with image loss and noise gain coming to symbolize humans’ distorted perception of wild animals and the loss of wildlife itself. As all of the elements collaborated with the exhibition space, the work developed a continuous contrast between the still and the moving image, the original and the copy, the reality and the illusion.

In short, the resulting installation is aiming at exploring the subjects of nostalgia and perception, while playfully celebrating life and beauty. 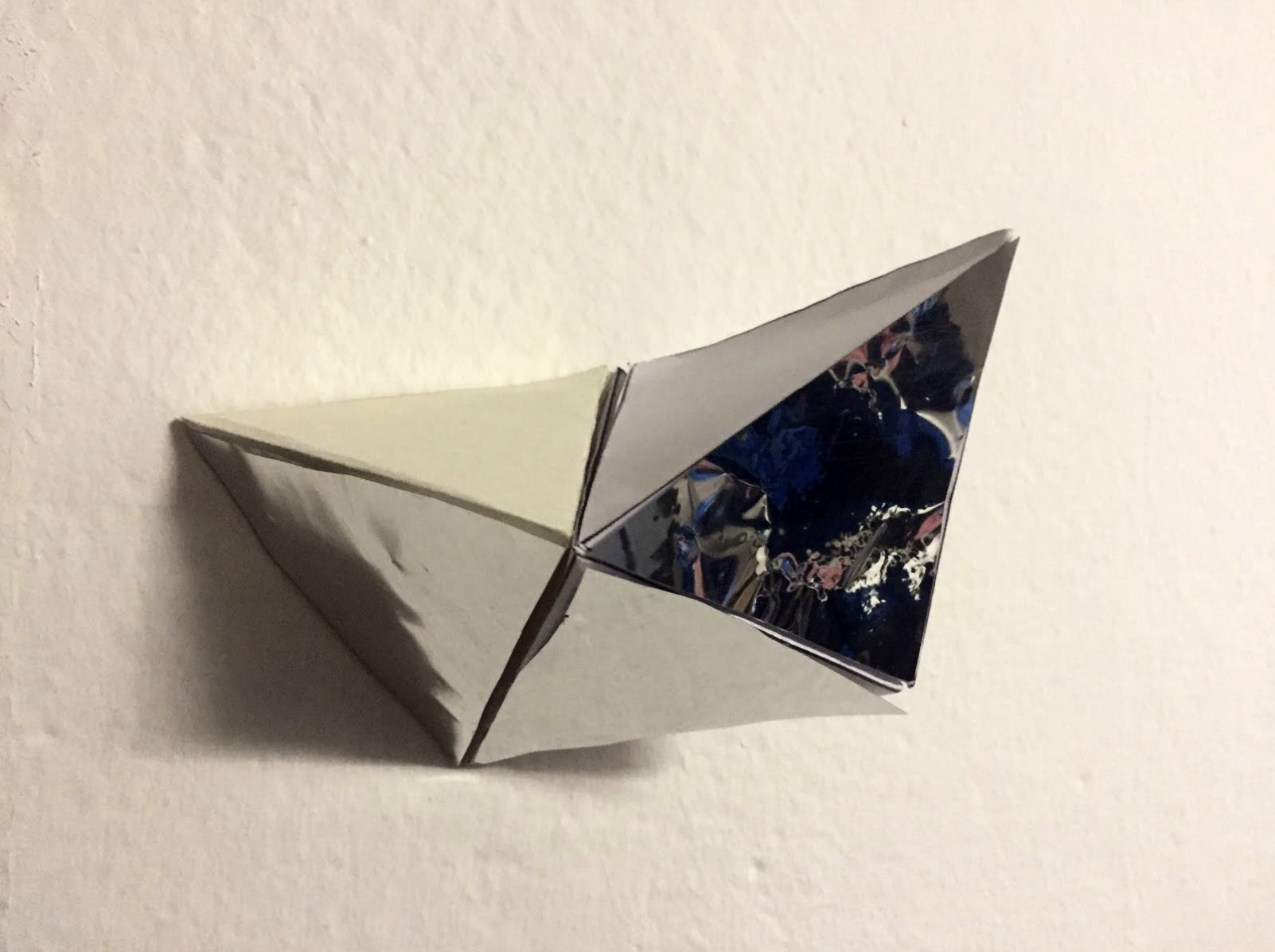 Velvet Road is an experimental video piece depicting two people in a dystopian society heavily based on secret police. It has elements of essay told through the experience of the main character as someone chosen whose destiny was repressed by the regime. Its poetic tension enhances the beauty of freedom and individuality in the world where there no place for it.

Krystof wants to exhibit his video using a big screen situated by the wall with soundbar beneath it. Very clean and pure surrounding will help to mainly focus on the video. 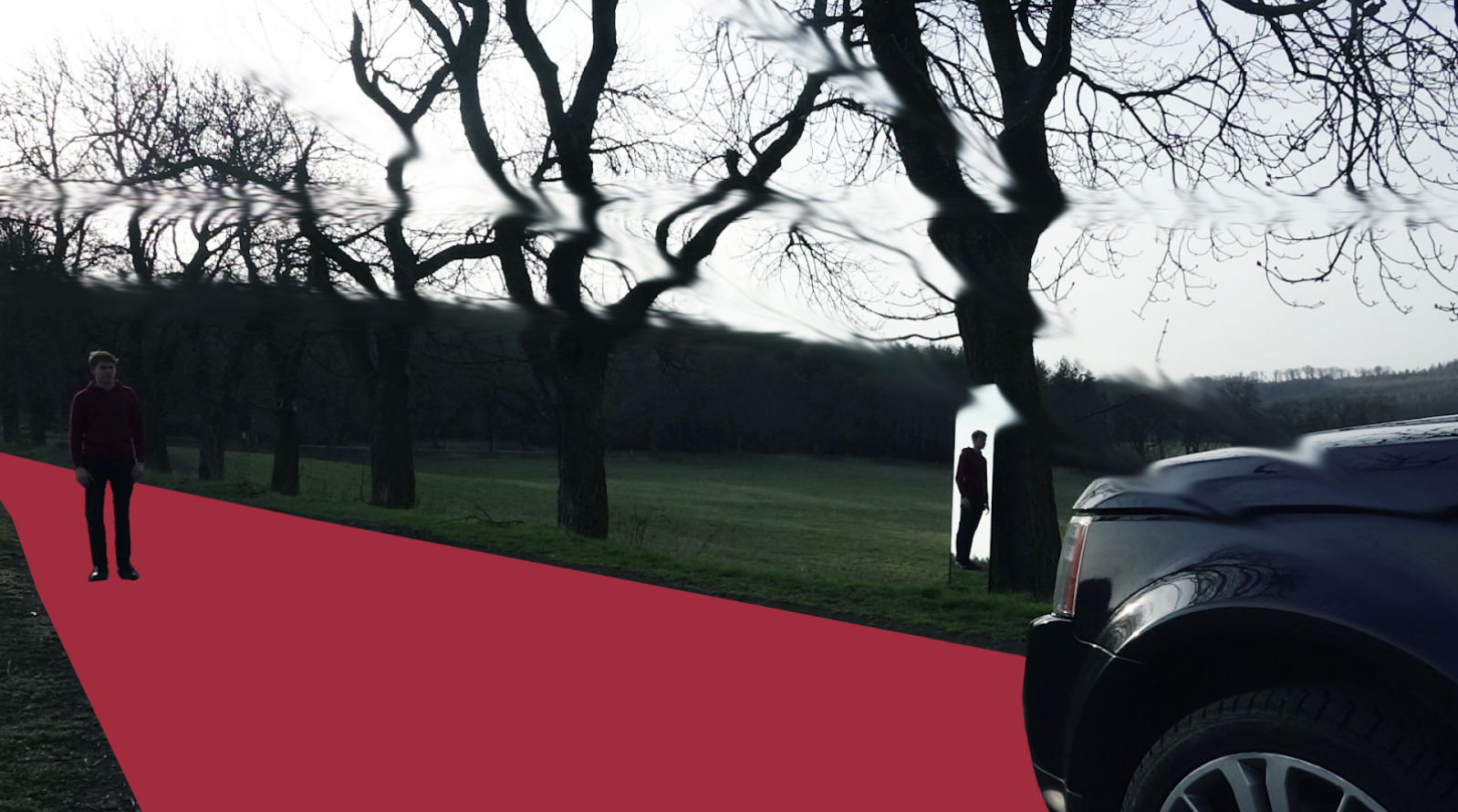 Crevices we fill is a site-specific installation that directly responds to the temporal and spatial context of the military pool in the barracks complex in Kasarna. Upon conducting an investigation of the space itself, Lamija will create a series of objects in ceramics and fibre that will be embedded into space as an intervention.

The objects themselves are stem from the architecture of the pool and come to reflect on the topics of discipline and individual embodied existence within the social structure in which the self is suspended between the legacy of the past and the expectations of the future. Addressing the broken soap dispensers in the space, the works aim to visualise the relationship of the present use of the pool with its past purposes. The primary process of research and of familiarisation with the site searches for the particularities that show the passing of time, including both the result of deliberate acts of destruction and the cracks of natural deterioration.

The conceptualisation of the work happens in Lamija’s general artistic practice that is at the moment concerned with the methodology of care. The infiltration into space becomes an act of healing of the place and its burdensome historical grounds, which would simultaneously try to cultivate the newly opened possibilities that occur in the crevices and splits of time. 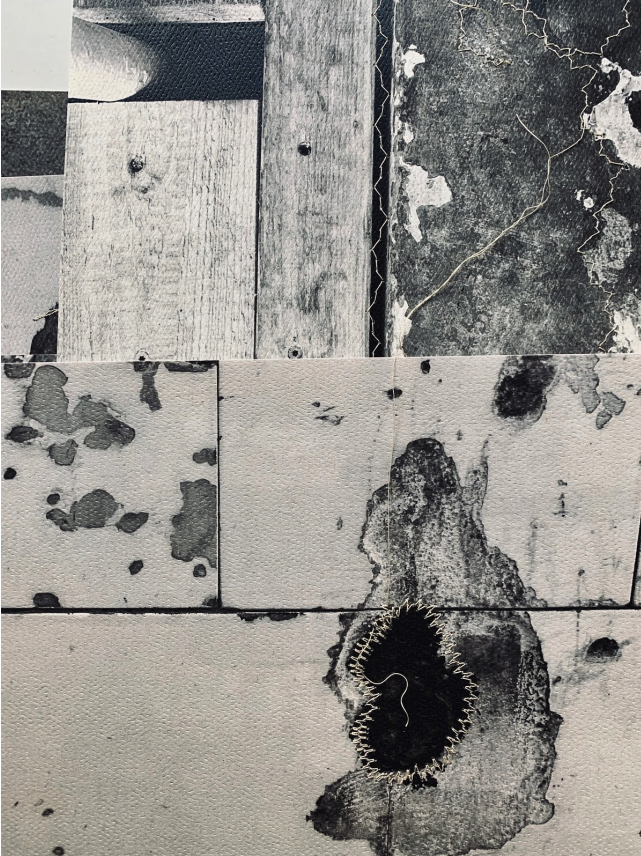 Domicile implies legal residence according to the law. One which allows an individual to be protected, be given the right to vote, to contribute to the economy. Without a domicile, does a person really exist within society?

The artist Nayan Velaskar tries to address the heteronormativity of the word domicile, given the rejection of queer and non-heteronormative ideologies which have generated since the acceptance of non-ideal family units and the first wave of feminism. He attempts to do so by approaching this heteronormative word with a myriad of materials, attempting to recreate examples of the luxury of hearth and home through the use of his own queer atelier in hopes of being able to reconcile the term.

A collection of media talking about the meaning of human senses. How dependent is a human on its sense to define the world around us? And what could altering sense mean for our behavior and personality? The world we know has many ways of being perceived, each of them offering the other perspective on it. Human perception is only offers a very specific perspective.

In The Altered this dependence and manipulation of sense are expressed through the presentations Altered human beings. Where initially discomfort and confusion dominate the interaction, it slowly makes place for the discovery of new ways of moving, perceiving, and an understanding of how easily we can create a new way
of sensing for ourselves.

An understanding of human dependence of sense and the easy manipulation of it might give us more appreciation towards other humans with altered senses. Or more sympathy towards other types of beings. Who’s interpretation of life is outside human comprehension. Such as the animals we share the world with. 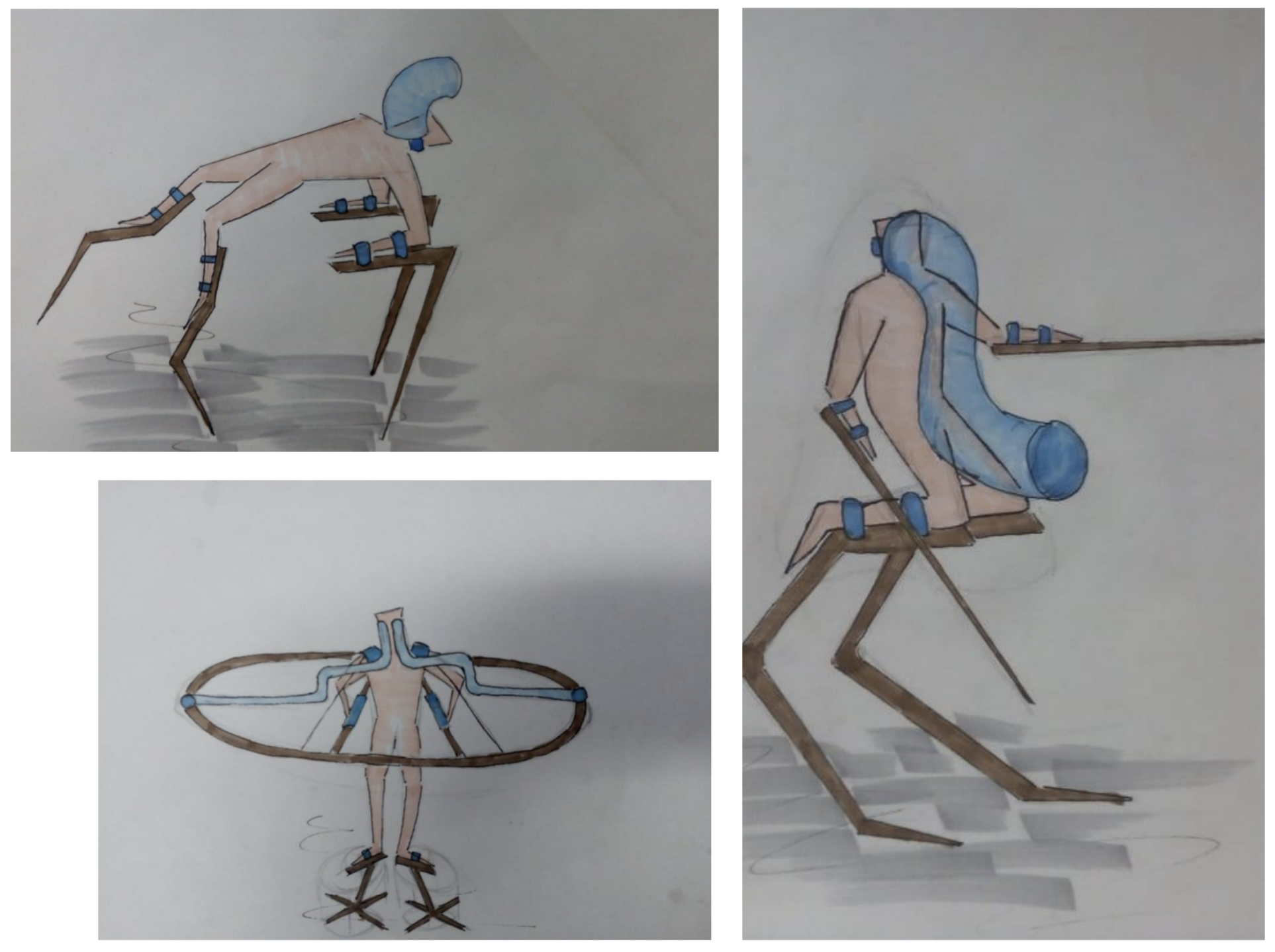 The Cure: Infection — is a modern sculpture representing the addiction of the modern society to electronics, devices, internet and all what people call “progress”. Technology is conquering the world but no one knows how it is going to affect on humanity. Sculpture presented as a mold made out of the michrochemes around the electricity sources.

How to find Kasárna Karlín