2017 was a pivotal year for Robert Carrithers. He had his book 'City Primeval New York Berlin Prague' published in September. A tale of three cities, the book shows how New York, Berlin and Prague influenced these artists and how they each influenced these cities. He compiled this book (along with Louis Armand) involving up to 70 artists, writers and photographers from the three cities. 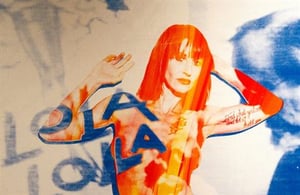 At the end of October 2017, Robert's photographs formed part of a major group exhibition at the New York Museum of Modern Art, entitled 'Club 57: Film, Performance and Art in the East Village 1978 – 1983'

This year, Robert's second book will be published by the Berlin publisher Pogo Books. It is called 'The Downtown Luminaries', and consists of Robert’s 1980’s New York photographs. The mission of this book is to bring ‘80s New York to the newer generations. The process involves Robert working with younger Berlin artists, so that through the book, 1980s New York joins forces with 2018 Berlin. The book will be released in New York on 16 May, followed by book releases throughout Europe.

In June 2018, Robert offers a unique workshop for the summer school at Prague College. It will be a weekly course that offers the combined subjects of alternative culture, creative writing, film and photography. He will explore these various themes through lecture, discussion and visuals. He will then focus on the best way of capturing the various students chosen medium. At the conclusion of the workshop an exhibition of all of the best work from the workshop will be held in a specific Prague location.