Andrea Pruchova is a lecturer in the School of Art and Design at Prague College. Recently returned from New York, she spoke to us about her experiences and her forthcoming publications 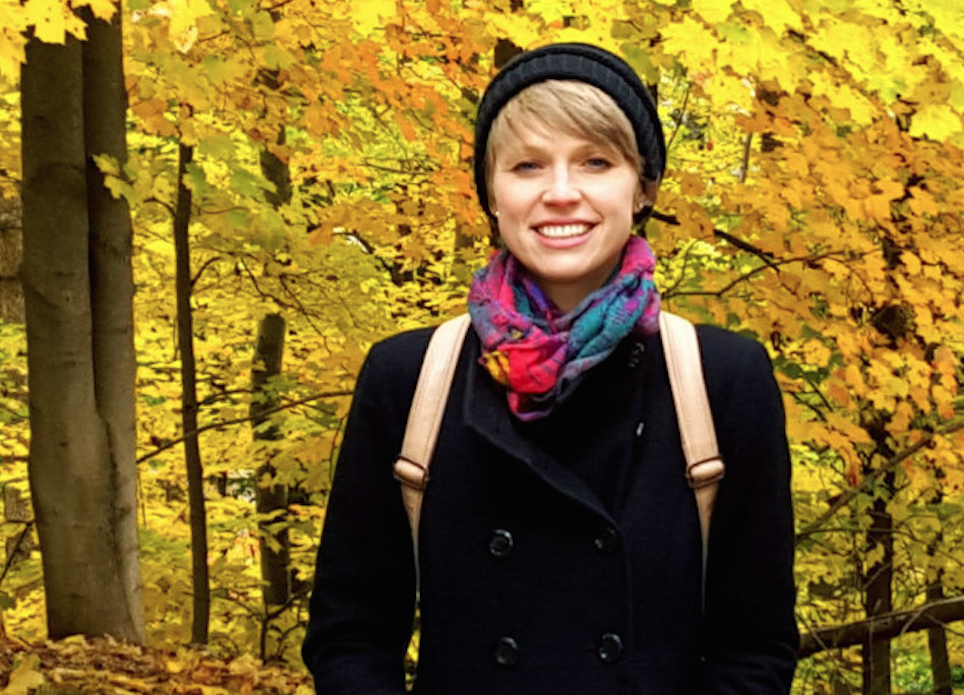 Andrea, you lecture in the field of Visual Communication. What originally drew you towards this fascinating area?

As a child I was actually more interested in music (I played the piano) and theatre, so I think my real interest was in the act of creativity itself. I didn’t come from a particularly artistic family, but we lived close to Prague and I was encouraged in 'everyday' culture.  It was at my gymnasium in Karlin that I really developed my earliest understanding of what would become my passion. We had very strong teaching in art history and art, which emphasised the role of inspiration and the connection between theory and creativity. We also had a great philosophy teacher, who really inspired me in the understanding of ethics.

And have you found that this philosophical approach has influenced your own work?

First of all it’s important to stress that I’m not an artist. I’m a social scientist with an interest in visual theory - how we understand images, how we think in images, and how we use images in our everyday life. The importance of image cannot be neglected: visual perception is primary to us and our everyday environment is filled up by visual representations, elements of visual communication, signs. But actually I found myself more comfortable expressing myself in words. I was editor of our school magazine, and was much influenced by Czech writers, especially Milan Kundera. This has changed significantly with the rise of new media, now omnipresent in our life. For instance, I’m a big fan of Instagram: it provides great daily training for our eyes, when we pay attention to details and frame new situations.

At Charles University - where I am currently pursuing my PhD -  I studied at the Faculty of Humanities. It was a liberal arts programme in which you really became your own leader in all areas of the interconnection of the creative. historical, philosophical and anthropological - I came to understand that philosophy underpins all of art and all of life.

You recently spent seven months in New York on a Fulbright scholarship. How did that come about?

In 2013 I interviewed Marita Sturken, the former chair of New York University’s Department of Media, Culture and Communication, for the Czech-language magazine Iluminace. With her support, and letters of recommendation from Prague College, Charles University and the Georg Eckert Institute, I made my first application for the Fulbright, which included some time spent observing and lecturing at NYU and at Pratt Institute, School of Liberal Arts and Social Sciences, in the program of Critical and Visual Studies.

I also arranged to meet the influential literary and visual theorist WJT Mitchell in Chicago, to interview him on his seminal work Picture Theory (1994). I had the opportunity to discuss with him his approach to his own ideas, and the resulting essay forms the epilogue to the Czech translation of his work, which I worked on with two other colleagues.

It is. This and John Berger's Ways of Seeing are perhaps the two most influential books not to have been previously available to a Czech audience. My translations of both come out this year, and I truly hope that having them readily available will change the way in which social sciences and art theory will be able to be interpret contemporary visual culture in this country. In general, there was a great deal that I feel I can bring to my continuing studies in this field from my time in New York. I was inspired by the way in which students' imaginative work was presented at the universities and institutes I visited; and to be immersed in this world of radical thinkers, coming to understand their studies of society and social difference - that has been a true education for me.