The 16th annual European Summer School for university students took place at Prague College during the month of July. This year's programme focused on current issues faced by the European Union, with a special focus on possible future scenarios.

'Europe in Transition: Exploring EU’s Futures' asked important current questions: what will the EU look like in the upcoming decade? Should it become the United States of Europe, or is a multi-speed Europe a better scenario? How will the departure of Great Britain shape the future of the Union? Will there be an EU Army? And is the EU prepared to tackle any emerging challenges? 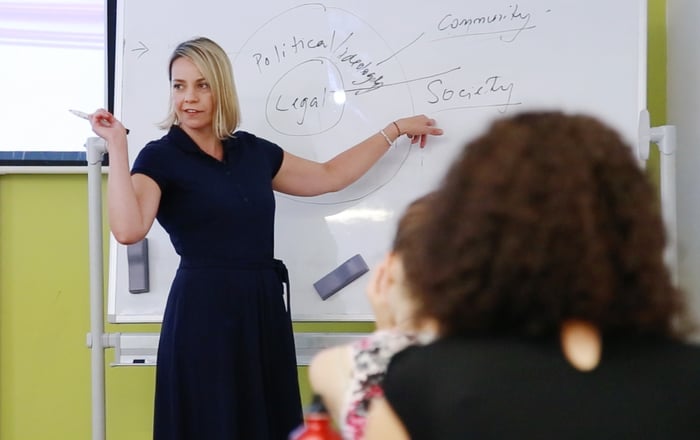 Lucie Rivera's talk on the concept of solidarity in the EU (with reference to the various scenarios envisaged for its future by President of the European Commission Jean-Claude Juncker) was divided into three interrelated parts. The first dealt with the socio-economic implications of solidarity and its main articulations in the current EU policy framework. The second part explored the main political traditions and streams that contributed to shaping the current views of solidarity in the EU. Finally, students were introduced to Juncker's scenarios: 'Carrying On', 'Nothing But The Single Market', 'Those Who Want More Do More', 'Doing Less More Efficiently', and 'Doing Much More Together'. These proposals were explored in terms of political traditions, and also their relationship with the concept of solidarity in the European Union. 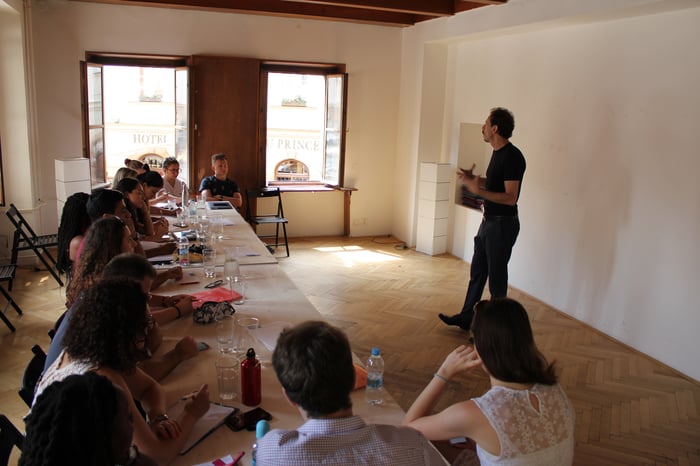 Dr. Stefano Cavagnetto's talk on 'The Future of Europe: reflections and scenarios for the EU27' explored the scenarios of Jean-Claude Juncker, taking into consideration ethical normative frameworks. In particular, the five different scenarios were analytically considered following the classic matrix of Richard Dworkin, based on the dimensions of policy and principle on one side and individual and collective on the other side, and presented in terms of the consequences for the concept of solidarity in Europe. From one perspective, the talk was aimed at clarifying the genesis of the concept of solidarity by taking a philosophical point of view on its socio-historical and political legacy. From another, it provided a set of philosophical tools to investigate the issue of solidarity across member states. 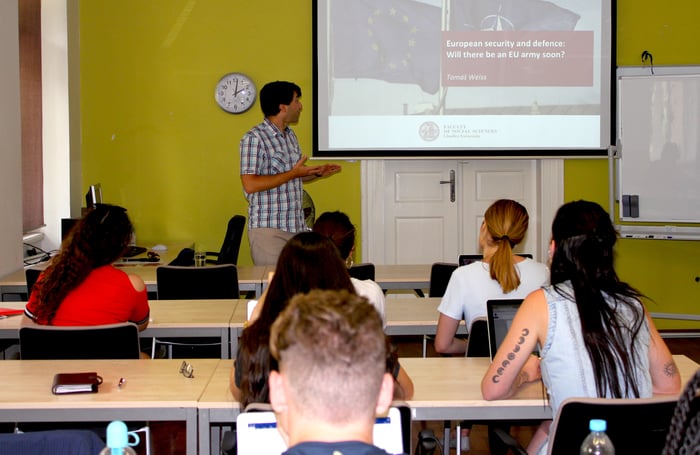 The sessions concluded with an activity in which students worked in teams to develop their ideas for Europe in transition, and carry out activities for designing the new European Union according to Juncker’s suggestions. In particular, students addressed new possible scenarios and implications for the concept of solidarity and its further implementation across the EU27 (the current states minus the UK).