Helmets for infants which may help to protect young skulls from deformation are the latest in a line of products from Invent Medical, a 3D-printing company set up by Prague College alumnus Jan Rosicky with his father Jiri, in the city of Ostrava.

Last week, Jan appeared on Czech Television to demonstrate the effectiveness of the helmet, and to talk about other 3D-printed prosthetic and medical products currently in production.

Jan graduated from Prague College in 2016 with a BA (Hons) in Graphic Design. He was also the recipient of one of the UK's most prestigious design awards, given each year to top student designers by the Royal Society of Arts, and appeared in the Czech edition of Forbes magazine's '30 under 30', celebrating young entrepreneurs. 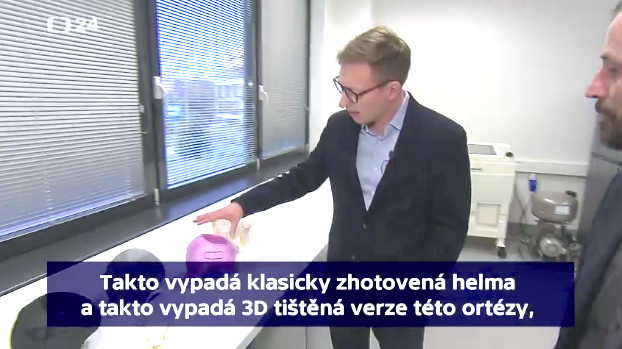