This cross-university, international competition was the initiative of Teesside University, in cooperation with Prague College and the SRM Institute of Science and Technology in Chennai, India. The aim was for students to harness their entrepreneurial skills and collaborate to develop a project that would benefit rural India.

This resulted in a sound project framework to support and assist student teams, helping them structure and fully develop their projects, despite geographical distance. 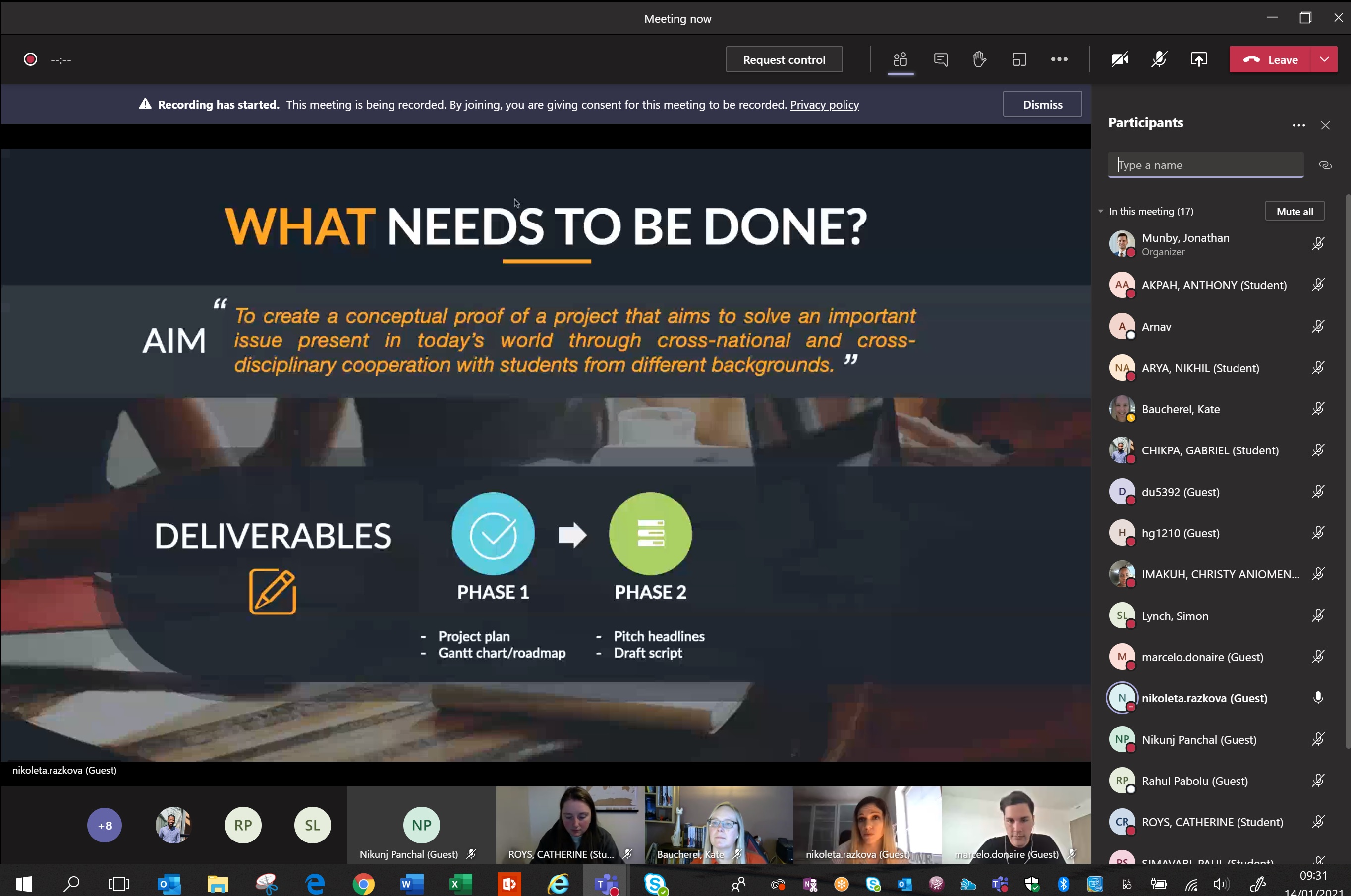 Introducing the challenge and project framework to student teams

After successfully presenting their project framework, Nikoleta and Marcelo were invited by Teesside University to join the organisational team as mentors, working alongside Teesside University Project Leader Kate Baucherel. Their project framework was adopted by the international student teams to stay on track to produce their viable idea that could be put into practice.
Nikoleta and Marcelo’s mentoring roles included assisting teams with research, giving constructive feedback and facilitating communication with the participating institutions.

The final phase was held in January when the three teams delivered a 5 minute pitch deck presentation to Teesside academic and senior management leaders. The pitch deck presentations covered how their ideas could be managed, the required funding, benefits for stakeholders and how to take the ideas into practice. Two teams independently developed initiatives to provide renewable power to rural communities in India, the third team developed an approach to improve the storage of grain for small farms.
The winning team was the high tech preservation silo project mentored by Nikoleta. Not only did this idea keep grains secure and in good condition, but it was economically viable as local farmers could split the running costs. The communal value of the silo project was also considered as it would assist with local food preservation and increase its nutritional value.

This project was the first of it’s kind and was part-funded by the UKIERI fund from the British Council. The challenge was deemed such a success that Teesside University has plans to scale-up in September 2021 by involving a larger number of students and partner institutions. They also plan to seek funding for some of the most promising business ideas to be put into practice and developed.
The School of Business looks forward to introducing this challenge to current and future students in September and Nikoleta and Marcelo's excellent project management framework will continue to be used. Nikoleta and Marcelo have also been invited to join Teesside University's organisational team and will again mentor new students through this exciting project.
Topics:School of BusinessAcademic PartnersDigital Campus