Introducing the Advisory Board

Prague College is pleased to announce the inauguration of its Advisory Board, a small group of independent, international and highly experienced educational and industry professionals who have agreed to lend some of their time and expertise to support Prague College. 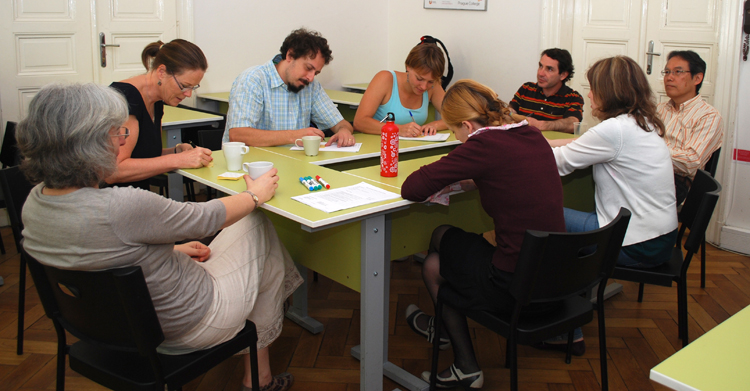 The purpose of the Advisory Board is to advise on the academic and institutional strategy that underpins plans for college development.The board is one of a number of initiatives being introduced in 2014, the tenth anniversary year of Prague College. Other initiatives include the recent introduction of our Industry Network and an upcoming special conference on strategy, finance, ethics and CSR in June.

Douglas Hajek, the Director of Prague College says, “We are very pleased with the incredible breadth and expertise of our Advisory Board members. Prague College has emerged as a strong institution in central Europe, and we look forward to a future of continued development as we build on this solid foundation. An outstanding board of advisors, like the one we have put together and has agreed to work with us, is a key element in the future development of our institution.”

The annual meeting of the Advisory Board will take place the week of 15 September just before the start of the new academic year.

The first board is an outstanding mixture of accomplished individuals from around the world, including British, Czech, Japanese, American and Italian members.

Prague College offers university programmes in cooperation with Teesside University from the UK. It has three schools (faculties) in Business Management, Computing and Art & Design. It also has established a research centre whose conferences and publications have achieved international recognition.

Topics:School of BusinessSchool of Art & DesignSchool of Media & ITIndustry Network