Between 26 and 29 October, Sound and Experimental Media lecturer Jorge Boehringer participated in several concerts and events at the Hunters Moon Festival. 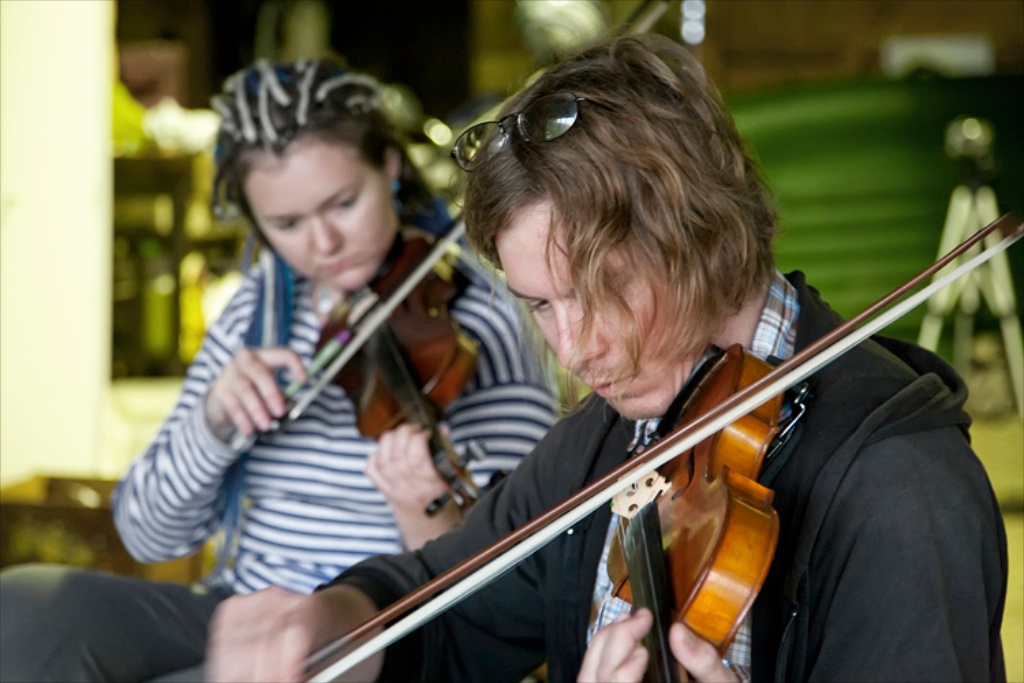 Jorge performed his solo work, Core of the Coalman - an immersive sound performance environment for viola, synthesizers, and other electronics - in the historic St. George's Church in the town centre.  He also participated in several other activities during the festival.  One was a workshop aimed at improvising a soundtrack for use in a new film by radical Belgian filmmaker and performance artist Ludo Mich. He also contributed to the collective soundtrack of the Drone Dome, a neo-primitive architectural sound installation created by festival curator Willie Stewart. Finally, Jorge joined the band Woven Skull for a percussive progressive noise-rock set in the final concert of the festival, held in the Dock Arts Centre in Carrick.  An interesting interview about the festival and Woven Skull can be read here.

The Hunters Moon Festival presents a unique program of experimental films, workshops, and concerts.  One of the most visionary aspects of the festival programing is that the curators do not make their programme according to any specific genre of sound work. This allows for communication between artists who might not normally meet, and between artists and audiences that might otherwise be unlikely to hear unfamiliar approaches to music-making.

Jorge will perform Core of the Coalman here in Prague on November 7 at 8pm in Final Club at Pribenicka 8. See you there!