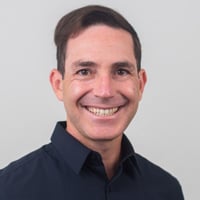 A member of the Senior Management Group since 2010, George brings his experience as a professional photographer and educator to his role as Head of the School of Art and Design. George received his Masters of Fine Arts degree in Photography in 2004 from the Graduate School at Virginia Commonwealth University. ]

Originally from the United States, George also studied European History and Studio Art at James Madison University in Harrisonburg, Virginia, where he received his Bachelor of Arts.

After graduating he volunteered for a brief stint with the Americorps National Civilian Community Corps in San Diego, California where he spent time participating in civic and community programs.

Before moving to the Czech Republic, George spent six years in Richmond, Virginia teaching adjunct and working extensively in both the photography and film industries.