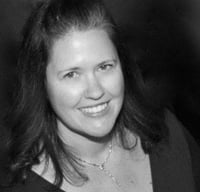 Cynthia is a versatile and diverse filmmaker with a multi-media portfolio spanning film, commercials, writing, and photography. She has produced and directed numerous projects around the world, including 12 feature film/episodic series and over 30 commercials and branded marketing campaigns.

She earned her MFA in Producing from the American Film Institute in Los Angeles, CA and a BS in English from Augsburg University in Minneapolis, MN. While at the AFI, Cynthia interned for Wolfgang Petersen at Radiant Productions. She then went on to work in the Creative Development and Theatrical Clearances offices at Warner Bros. Studios.

In her spare time, Cynthia is a prolific traveler, baker, and voracious reader of crime novels.